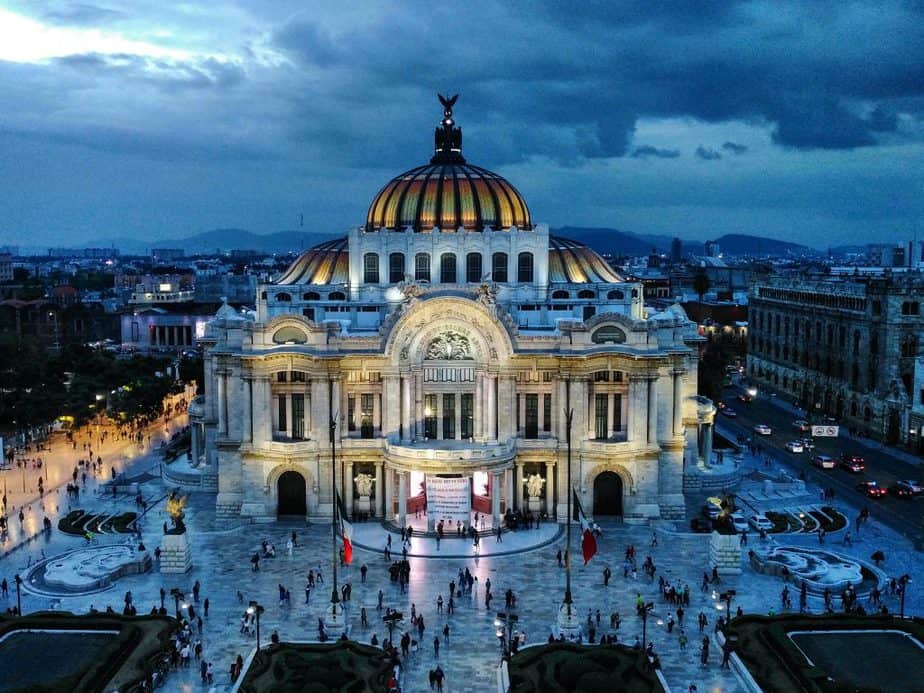 In Mexico City, you’ll never run out of things to do. This dynamic metropolis is home to everything from famous tourist spots, ancient ruins, to dazzling skyscrapers, and of course delicious cuisine.

Mexico City, also known as Ciudad de México, is one of the oldest and greatest cities in the Americas, having been built on the ruins of the ancient Aztec city of Tenochtitlan. In Mexico City you can enjoy the colonial architecture, legendary artworks, and a rich cultural legacy.

While most tourism research in Mexico started in the 1940s, A study by the Economic History Association dates back to the 1920s. According to the study, the Mixed Pro-Tourism Commission, which brought together government officials and the business community, was established by Mexico’s revolutionary elite in 1928.

Mexican bureaucrats devised their strategies and initiatives after studying the accomplishments and challenges of tourism growth in Canada, the United States, and Cuba. Although the government initiated the tourist discussion, commercial organizations such as the Mexican Tourism Association (MTA) and the Mexican American Automobile Association (AAMA) quickly assumed the lead. Until then, Mexico City’s wonderful tourism is open to travelers.

Exploration of the Culture and Traditional Cuisines

Some of the many benefits of traveling are discovering and experiencing new places, people, and things. Nothing compares to learning about a place you’re visiting through immersing yourself in its community and culture, participating in its traditions, and tasting the local cuisine.

Mexico City has a rich culture reflected through its cuisine. Whether in restaurants or at street food vendors in stalls, carts, or tiny stores. Eat like a local and savor the entree yourself in delicious traditions. Try their famous dishes such as:

Visiting one of the city’s various marketplaces is an absolute must. From crafts and fresh produce to kitchen goods and spices, you will be able to find it all while supporting local businesses. You will gain a true sense of the city by exploring on foot.

The nightlife in Mexico City provides something for everyone, whether you’re into drinking alcohol, or even just strolling, dining, and just relaxing. The ambiance of the night market can be lively yet relaxing. Going out alone at night is not a problem if you visit a popular district like:

Visiting well-known tourist attractions is a fantastic chance to get a taste of Mexico City and learn more about the country’s history and culture. These destinations are a great choice for solo travelers as well as families and group retreats.

The museum explores the evolution of tradition, culture, and life in Mexico’s diverse regions. The Museo Nacional de Antropologia, located in the heart of Mexico’s iconic Chapultepec Forest, houses pre-Columbian artifacts dating back to roughly 100 B.C. corresponding to the year A.D. 1521

Also known as Basilica of Our Lady of Guadalupe, is a significant religious location in Mexico City, which is the first shrine built to honor the Virgin Mary of Guadalupe.

Often known as the Palace of the Arts, is considered Mexico City’s cultural center. In addition to its architectural beauty, the National Theater conducts cultural events including:

Some of Mexico’s largest pre-Columbian pyramids can be found here. Many well-known structures can be found on the site such as the Plumed Butterfly and the Pyramid of the Sun.

Also known as Plaza de la Constitución, is Mexico City’s major public square and one of the city’s most famous landmarks. It has been the major point of public events since the Aztec era, with a massive Mexican flag at its center.

Thanks for subscribing! Please check your email for further instructions.

Something went wrong. Please check your entries and try again.
×
Scroll to Top